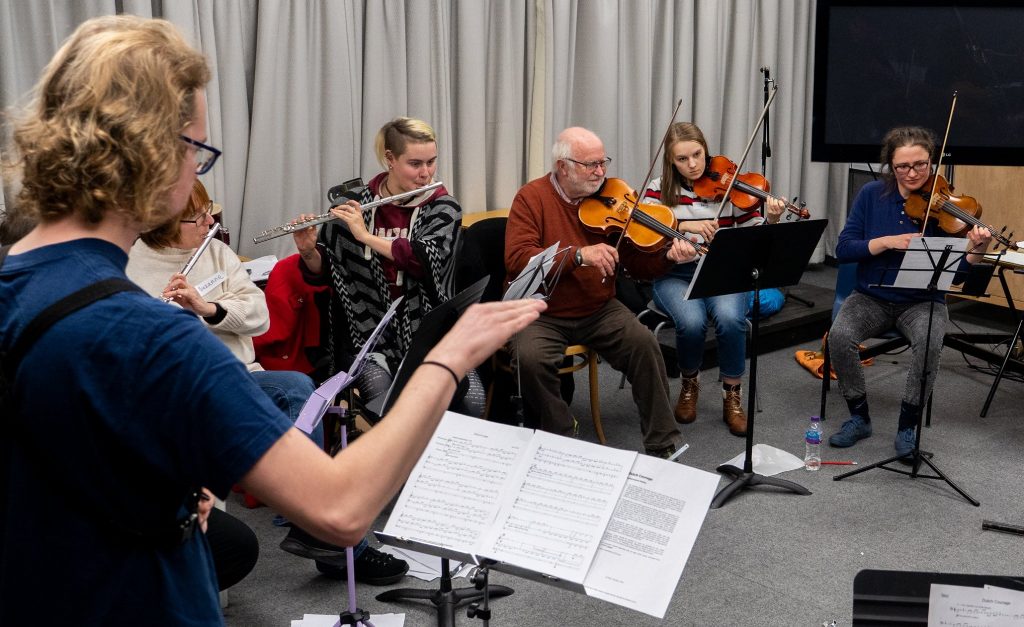 CoMA Glasgow is the first CoMA ensemble in Scotland.

It kick-started on Sunday 10 November with an afternoon event of playing and discussion. The event was well attended with those interested becoming members and a few who were excited about the ideas of CoMA and just wanted to join for a one-off event. You can here recordings of the workshop here.

CoMA Glasgow will start regular rehearsals  in January, and prepare for a concert in Glasgow as part of Festival of Contemporary Music for All on 7 March 2020.

CoMA Glasgow will eventually grow into a large new music collective with members of all abilities, who will be invited to actively influence the future development of the group.

If you couldn’t make  first meeting you are still very welcome. Get in touch so that we can let you know about future meetings. 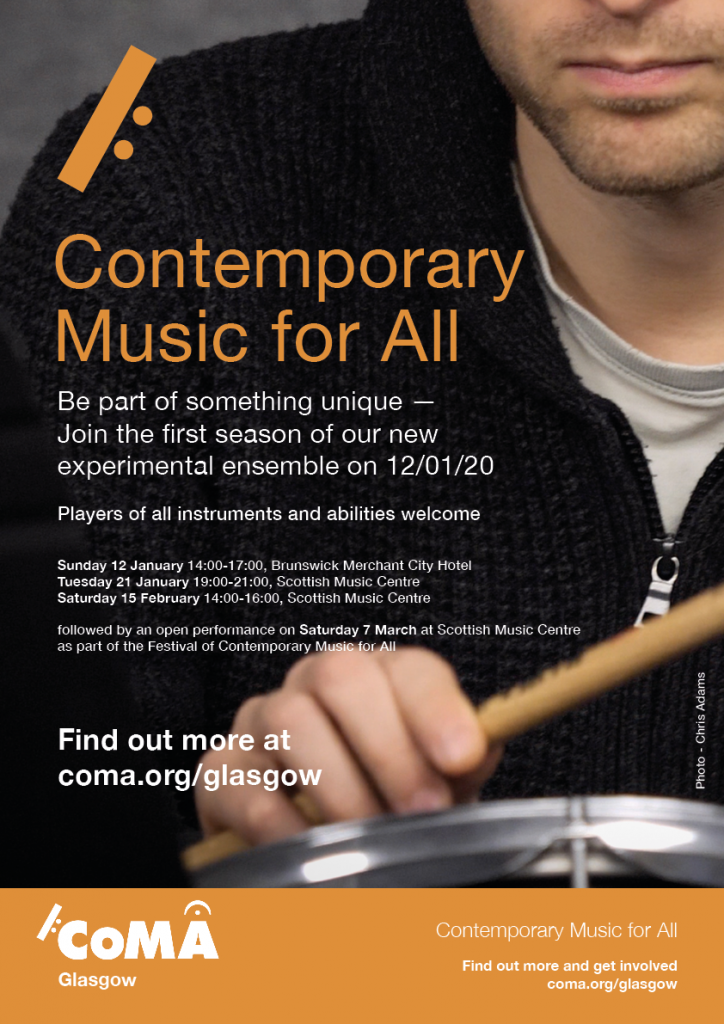 As a very new formation, CoMA Glasgow is eager to expand and explore: every newcomer is invited to contribute with ideas and visions towards what the ensemble could be. We will be playing new music repertoire of known composers and less familiar names, exploring new compositions written by members of our group, and engage in collaborations with other art forms.

During the first two rehearsals, we will be exploring a variety of new music pieces, this will include new compositions written by members of our group. During those gatherings, we will select repertoire for our third rehearsal and Open Day. On our Rehearsal One, we will have a longer break for idea sharing, followed by informal discussion in the hotel bar after the rehearsal.

A special day where we will be joining new music and dance/movement. The day will be led by our member Lars Schmidt (who is also a dancer), and will include some graphic scores and contemporary music adaptations, as playing while ‘reading’ the movements.

details to be confirmed