CoMAMaastricht was founded in 2011 with the support of CoMA in the UK. The CoMAMaastricht Ensemble started in 2013 under the enthusiastic leadership of Txemi Etxebarria. The musicians come from South Limburg, Belgium, Germany and England; so we are a real international ensemble. The twelve wind players currently have the upper hand. In addition, the ensemble has three string players and a pianist.

We mainly play ‘Open Score’ compositions from the CoMA library. But our conductor also regularly composes and arranges new work. We work together with the Composition Department of the Maastricht Conservatory and with the professional contemporary Ensemble88.

The aim is, in addition to participating in (inter)national events, to give a concert at least once a year. In the past, CoMAMaastricht has twice organised its own festival. The first in November 2011 at the start and the second in November 2016 on the occasion of our 5th anniversary. Our ensemble also regularly participates in international CoMA events, such as in London and Berlin.

To celebrate our 10th anniversary,  we are organizing again a major festival with the name Festival Nieuwe Noten. Originally scheduled for March 2022, but delayed due to Covid, it will now take place on 1 October 2022 in Maastricht. 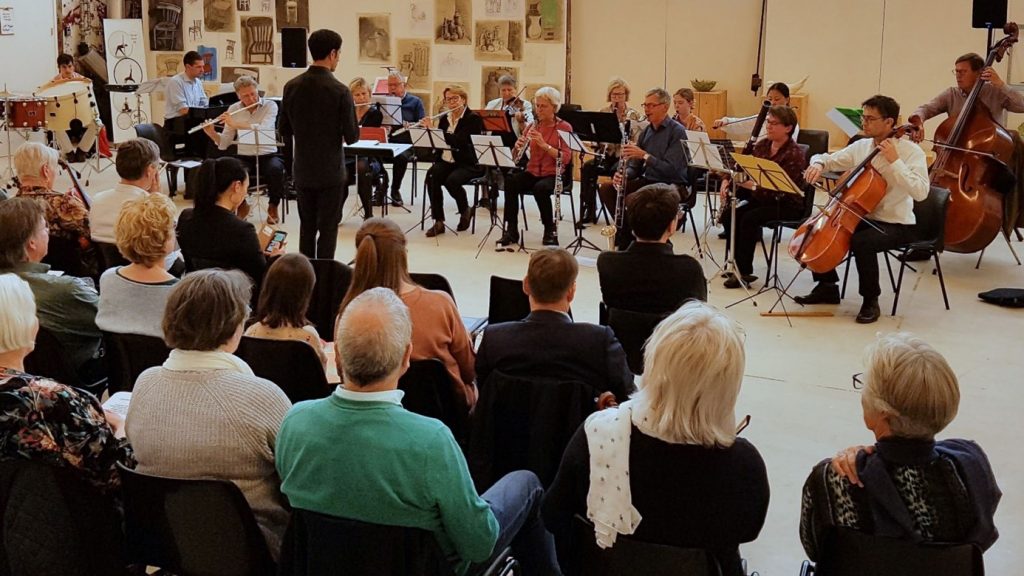 More information about CoMAMaastricht can be found on our website (in Dutch as well as in English): www.comamaastricht.nl/en

We rehearse every month on the second Saturday morning
from 09.30 – 12.30 at Community Center De Klaekeburg in Maastricht.