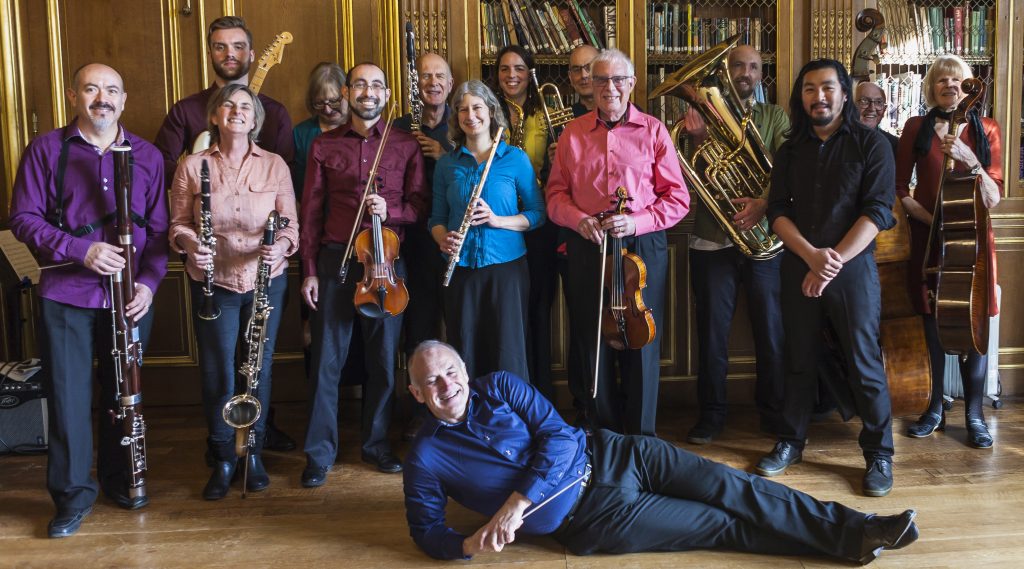 Founded in 2005, we’re an instrumental group, directed by Steve Dummer, that rehearses once a month on a Sunday afternoon in the Brighton area, and gives public concerts.

New members – whatever their instrument – are always very welcome. Your first rehearsal is free of charge. (See Membership and Contacts below for full details.)

Here are four videos of us playing, recently made by independent film maker John Crix and sound engineer François DeVille:

We’ve been busy in the last three years …

In September 2018 we performed in St John’s Smith Square, London, as part of CoMA’s 25th Anniversary celebrations. As well as having our own spot we had great fun playing along with ensembles from Berlin, Maastricht and the UK.

At the Friends’ Meeting House in Brighton in November 2018, we collaborated with New Music Brighton to give first performances of new works that we’d previously workshopped with their composers, together with pieces by members of our ensemble.

Out of this came the exciting video collaboration with John and François in summer 2019.

In October 2019 we gave a concert at West Dean College of Arts and Conservation, an amazing place, hosted by composer in residence Mary Hampton. To suit the location we focused on pieces relating to the visual arts, including two world premieres. A month later we played as part or the Adur Arts Live festival in the lovely Norman Church of St Mary de Haura in Shoreham-by-Sea.

Our big achievement in March 2020 was a weekend of contemporary music making at St Mary’s Church, Kemp Town in Brighton as part of CoMA’s Festival of Contemporary Music for All. Other amateur musicians joined us to rehearse and perform alongside members of professional contemporary music group The Riot Ensemble. Four public concerts featured pieces written specially for our ensemble and for the festival.

… and looking ahead we’ll be just as busy …

We planned to return to West Dean College in 2020 but Covid prevented that. We hope to reschedule the event when life becomes more normal.

In the meantime, we’re delighted that John Crix has recently joined us again, this time bringing video material he’s developed to complement performances of some of our pieces. The approach is entirely new: special software allows John to manipulate and transform his film sequences in real time to be displayed as an organic part of a performance. In so doing he enters the world of flexible tempo and improvisation: if, for instance, we play a piece slightly more quickly or include an additional solo then John has to follow. ‘My laptop is becoming yet another instrument in the ensemble,’ says John, ‘and, like the other players, I’m learning to be alert to signs and cues from our conductor and the instrumentalists around me.’

We’re pleased to have been approached for CoMA Sussex members to take part in future workshops arising from Rachel Fryer’s ‘Variations down the line’ project, in which five composers have been commissioned to make present-day responses to Bach’s Goldberg Variations (more details here).

We like playing in varied venues and enjoy collaborating …

Over the years we’ve played at the East Sussex Music Centre and Lancing College, and several times as part of the Adur Arts Live Festival in Shoreham-by-Sea. We’ve given concerts in partnership with the lively student contemporary music group at Chichester University and workshops in collaboration with Worthing’s Revolutionary Music Group. In 2012 we collaborated with the Southampton Concert Orchestra in Gavin Bryars’s The Sinking of the Titanic at Southampton Guildhall.

You can hear some of our earlier performances here

We meet once a month on a Sunday starting at 2:30 p.m. We are now back at the Recital Room at the University of Sussex (just south of the students’ union shop in Falmer House). We intend to keep the room well ventilated so please dress warmly when the weather is cool. Also, if possible, please take a lateral flow test in the 48 hours before the rehearsal. These are the rehearsal dates for Spring and Summer 2022:

Our MD Steve Dummer studied clarinet with Jack Brymer at the Guildhall School and conducting at the Royal College of Music and Dartington. He directed us in our early days and after several years away, during which he’s built up an extensive conducting portfolio, we were delighted to have him return as our MD in 2017. 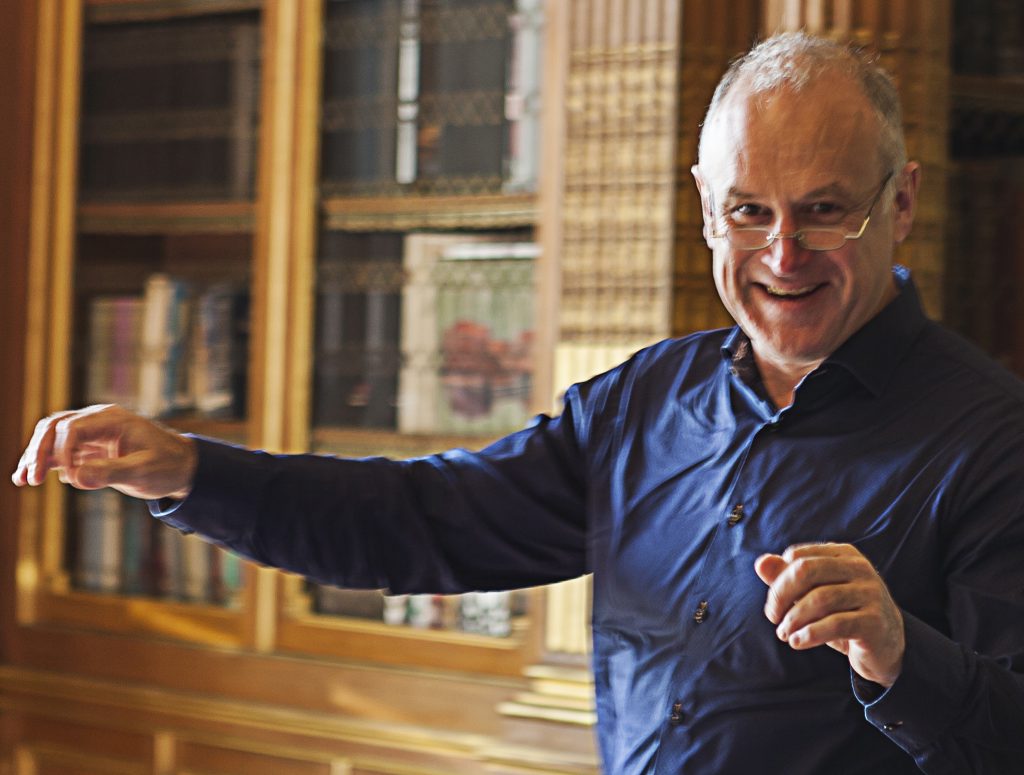