The context for Lore Lixenberg’s Singterviews was a one hour show called PANIC ROOM presented by Lore at the IKON gallery as part of its Voice and the Lens exhibition in Birmingham in 2012, with follow up shows at the Riverside Studios and Kings Place.

The show presented the end of civilisation as we know it, set in the culture 4 billion years from now as the sun is exploding into a red dwarf. With CCTV cameras everywhere in the building, Lore spied on the audience in the foyer and sang to them over the foyer tannoy system, from this picking an audience member to be in the PANIC ROOM with her.

Here is a sample of a a Singterview with Pauline Oliveros

“..the PANIC ROOM was a pretend space capsule backstage within which was all the music of earth to be saved from the exploding sun. The conversation, beamed live to the concert hall audience, was with a complete stranger,  involved much wine and lasted until the moment we both ‘died’.  Inspired by this experience I created a PANIC ROOM YouTube TV channel for a while with lots of short encounters, where I singterviewed loads of people, an imam, a priest, a hairdresser, policeman.all kinds of people. In fact just before I left Berlin I Isingterviewed a coronavirus!!

“Each person gets an outfit and mask that I think suits them, wherever possible weaving freely available and familiar things into something magical. At one of the CoMA Summer Schools held in Doncaster I chose a bucolic outfit for both Judith Weir and Michael Finnissy made from the leaves and grasses of the surrounding plants, as I see them both very much in the line of Britten, Maxwell Davies, Birtwistle, maybe even Elgar and RVW.”

You can purchase a DVD of more singterviews for only £15, with all proceeds going to IKLEKTIC arts lab. The DVD’s are available directly from lore lixenberg lorelixenberg@googlemail.com 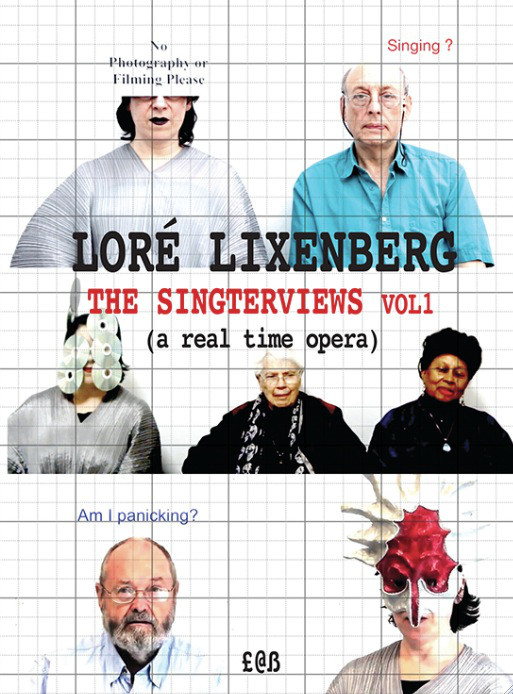