A day of new music In Bedford where new music is all but unknown.

In the afternoon players brought their instruments and joined members of the Joby Burgess Percussion Collective for a workshop of Terry Riley’s groundbreaking In C at Elstow Abbey. This revolutionary score composed in 1964 on America’s west coast, marks the beginning of the minimalist movement in music, fusing ideas from rock ‘n’ roll and Indian raga with classical performance.

In the evening The Joby Burgess Percussion Collective presented a programme of new music from the UK and across the globe: 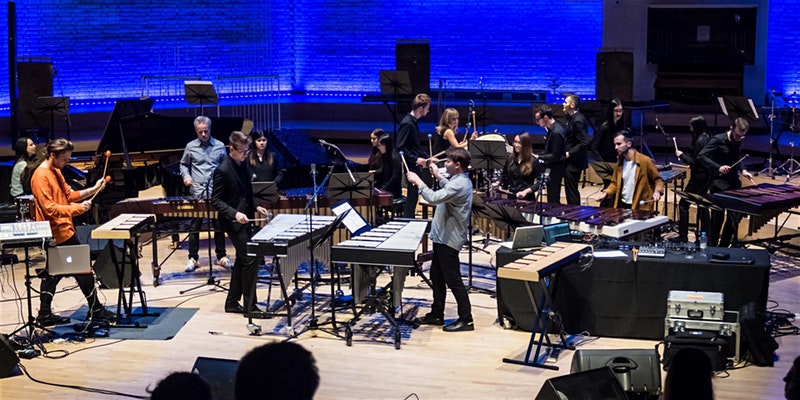